Christ Church has been serving the people of Norris Green since the estate was developed nearly 90 year ago. Church life began in 1927 in an old army hut on Scarisbrick Road, moving to new art deco buildings on Sedgemoor Road in 1932.   For over 70 years, Christ Church shared the ups and downs and the ever-changing fortunes of this large North Liverpool housing estate. 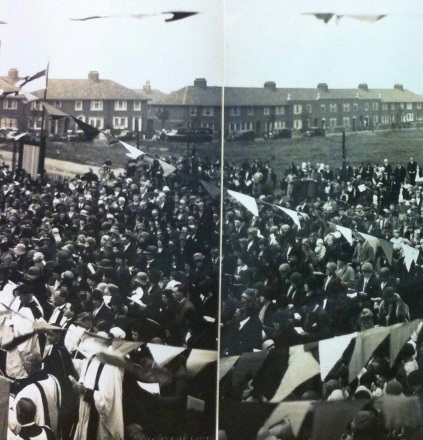 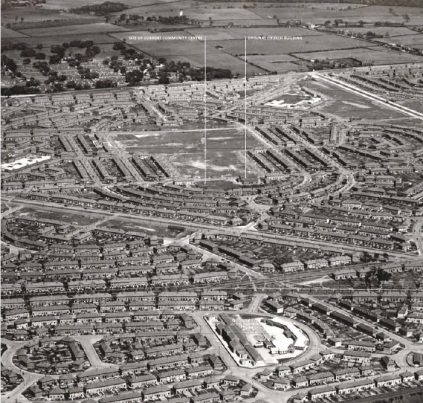 Sadly, in 2005, after years of decline, these buildings were in a terrible state; cold, damp, unwelcoming and described by a member of the local community as “not fit for purpose in the modern world”.

This led the small and exhausted congregation to make the bold decision to leave the old building and worship at Leamington Primary School. Our hope was that our focus might shift from maintaining an increasingly unused building to building a ‘mission-shaped’ church that served its local community in generosity, compassion and care.

Following a spree of vandalism and arson attacks which rendered them unsafe, the church buildings were demolished in 2006. Once again the congregation made the bold decision to convert the vicarage next door into a Church Community Centre, providing space for our growing community engagement in Norris Green. 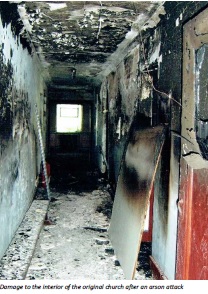 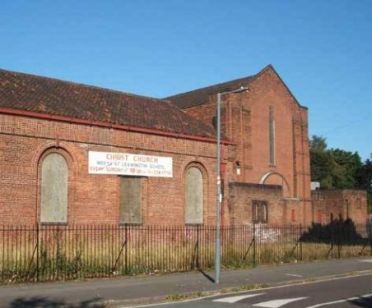 Christ Church closed and boarded up 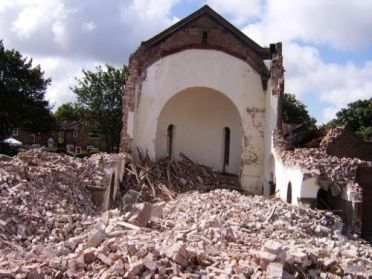 The following decade saw remarkable growth, as a growing congregation and good collaborative relationships with community partners were able to deliver more and better quality services to different groups of people within Norris Green.

The current Community Centre (the old vicarage) is used nearly every day of the week, hosting a number of important activities- a Foodbank distribution centre, children’s and youth groups, a summer play scheme and holiday clubs, coffee mornings and craft groups, healthy eating and confidence & self-esteem classes, along with midweek fellowship groups, worship and prayer meetings. Larger community events using the centre and the grounds often attract around 200 local people.

This diverse offering to the community has helped to build on an established reputation within the neighbourhood. Christ Church has also partnered with other local churches to develop the charity, Triple C (Liverpool), whose offices are based in the centre. 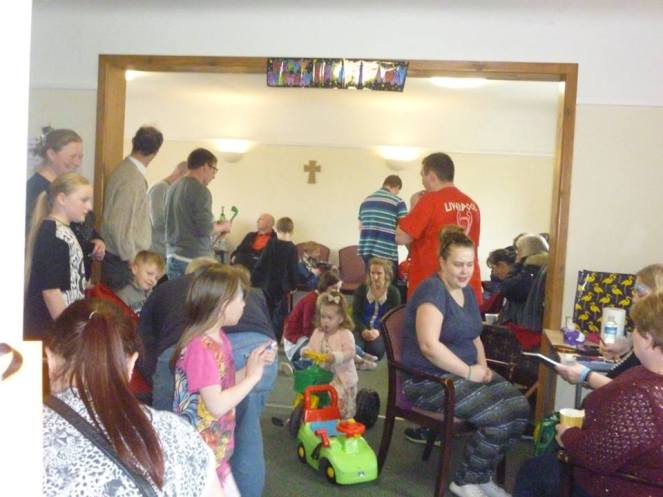 In 2015, we recognised that our current building provision was insufficient, inappropriate and increasingly unfit for purpose.  The Centre is unsuitable for most events or activities with over 30 people in attendance (especially if the weather is bad!), and whilst many have adjusted to worshipping in a school dining hall, many people visiting and unused to coming to church have suggested that the building is unappealing and characterless, “like a toilet at an airport”.